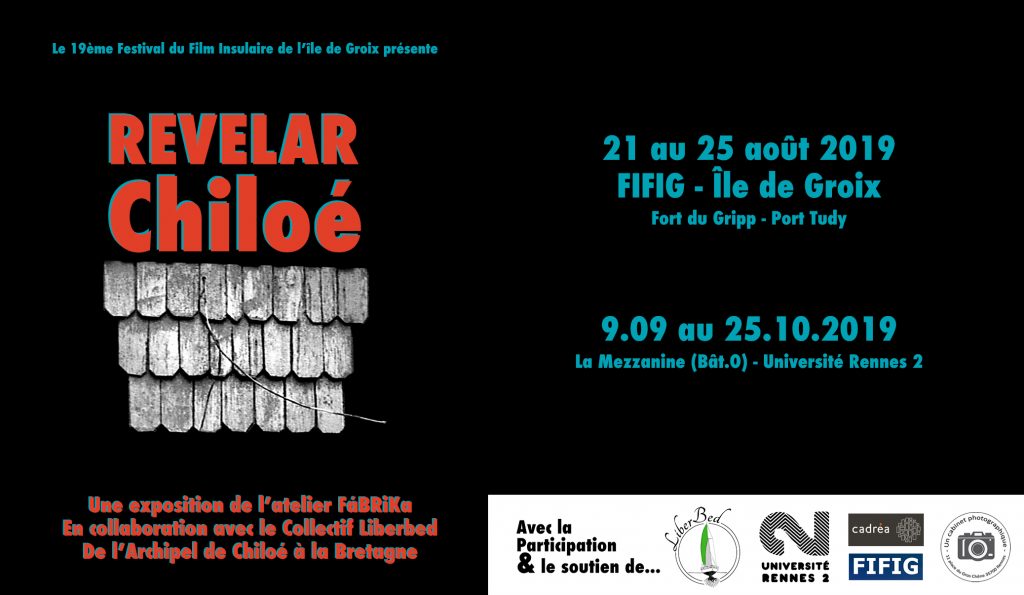 Coming from Chile, the workshop Fabrika will expose “REVELAR Chiloé”, the results of an investigation that began in 2017, surrounding the Chilote identity.  From various places within the archipelago, we used photographic experimention as a tool to express and record the ways of life, searching for elements that could define a social group connected to an environment that is constantly change.

By means of a photo-report, 30 photographs will demonstrate what characterizes the current state of Chiloe, revealed in different formats based on photographic processes discovered in the XIX Century, at the same time the territory of Chiloe was no longer a Spanish colony.

The islands of Brittany have a lot in common with Chiloe, certainly for being isolated places surrounded by the sea, where unique identities are formed autonomously, via the transmission of mulitple legends.

The artists’ residency Pleno Mar together with the collective of the Liberbed sailors will be realized beforehand, as well at the International Insular Film Festival of the Island of Groix.

There will also be an opportunity to expose at the University of Rennes 2, allowing room for further reflections in respect to the necessity of understanding, protecting, and habituating spaces on land as well as the sea.

Also to watch out for in September: “Touriste or Not Touriste” in the Cabinet Photographique in Maurepas (Rennes) !